When will your child be ready to drive?

Ha Ha, you probably thought I was serious – It’s Friday again.  So I was thinking about fun things to share, once again grandchildren to the rescue!

My oldest grandson will turn 16 this year, and he just got his permit to learn to drive.  So this is a perfect time to tell a story about him.

We used to live on a dirt road in the boonies, and we had a long driveway.   Our grandson was between two and three and sometimes when they came to visit his dad would sit him on his lap and let him “drive” up the driveway.  Of course, he thought that was great fun!

One day as he was riding around with his mom out doing errands, they were at a stoplight and Joey says from the back seat.  “Mom, can I drive?”

After thinking a couple of seconds, she responded, “Because I love you too much!”

Quick as a wink he came back with “If Daddy was here, he’d let me drive.”

There were a few seconds of silence then my clever grandson said, “Mom.” 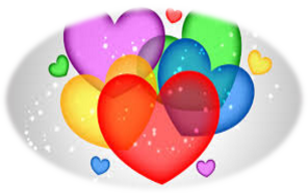 “Who doesn’t love me too much?”

We have told him that story about when he was little quite often and now when he asks to do something unwise and the answer is no, he says “Why?”

Often the answer is “Because I love you too much!”   I’ve noticed that always seems to get a little smile, even though he is not getting the answer he wants.   Works on his sisters too!

The vacation in Maine Lifestyle! (part 2)

Tips for searching for your new home!

How Pets Enrich our lives (part 2)

Get your Free Book

The beauty of pineapples and how to get